Dutchdelftware.com is an important resource on Dutch Delftware containing input from experts. It is highly popular among fans of Dutch Delftware (both experienced and new) and private collectors. The platform is continuously developing, thanks to the generosity of our partners and sponsors.

Dutchdelftware.com is a growing platform, which currently features collections from four museums. New museum partners are encouraged to join us. New partners enter into a collaboration agreement on joining the network. For more information, please mail Suzanne Lambooij/Vincent de Keijzer at info@kunstmuseum.nl.

Would you like to support the Delftaardewerk.nl/Dutchdelftware.com platform in another way? Private individuals and companies may also contribute to this online platform and thus help the network to make this key part of the Netherlands’ cultural heritage even more visible and accessible to the general public.

We would be happy to discuss ways you can contribute. You can contact the organisers via the Gemeentemuseum’s general email address, using the subject line Dutch Delftware: Delftsaardewerk@kunstmuseum.nl. 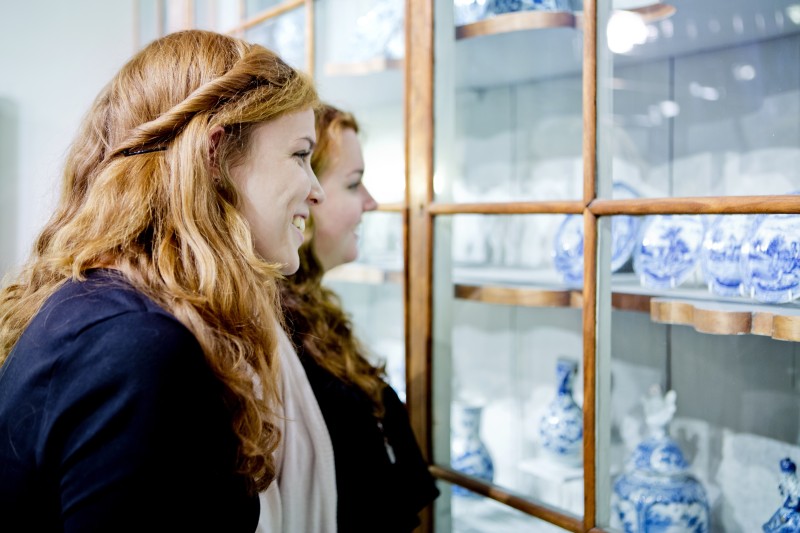 Kunstmuseum Den Haag has one of the world’s largest collections of Delftware. It began in 1904, when collector A.H.H. van der Burgh (1856-1904) bequeathed his collection of Dutch delftware – consisting of no fewer than 530 items ­– to the museum. Since then this top-quality collection has doubled in size.

The basis of the ceramics collection dates back to 1908. The faience collection consists of some 3300 objects, and includes some top items, as well as ‘waste’ from Delft potteries and a large group of tiles. The tile collection of stained glass artist and designer Jan Schouten was later added to the museum’s collection, as was archaeological material found in various locations, including a cesspit in Delft.

The collection amassed by John Francis Loudon forms the basis of the Rijksmuseum’s Delftware collection. The son of a Scottish naval officer, between 1869 and 1877 he collected over 450 items of Dutch delftware. Loudon’s was a broad-ranging collection, including both blue-and-white and polychrome pieces dating from the mid-17th century to the late 18th century. In 1919 his heirs decided to donate almost the entire collection to the Rijksmuseum in memory of their uncle.

Het Loo Palace has a close association with Dutch delftware thanks to its first residents: Stadtholder William III (1650-1702) and his English wife Mary II (1662-1695). Mary loved blue-and-white porcelain and earthenware. Her interest stimulated the development of the world-famous tulip vases.

Mary’s ceramic collections in Dutch palaces were lost either through inheritance, or along with the other Orange family possessions at the time of the French Revolution. It was therefore a pleasant surprise when, during work on the garden restoration (1977-84) fragments of Dutch delftware and Chinese porcelain were found in a cellar beside Mary’s apartment. The Delftware collection has been expanded over the past year with the purchase of complete pieces based on these fragments.

Family-run antiques company Aronson Antiquairs was established in 1888 by Leon Aronson (1830-1910). Although originally a general antiques dealer, the company now specialises in 17th- and 18th-century Delftware. Its detailed website showcases its collection, and a monthly newsletter and annual publication provide art-historical background information on objects in the collection. These publications are also available on the English version of this website. Aronson Antiquairs is a commercial partner of Dutchdelftware.com.