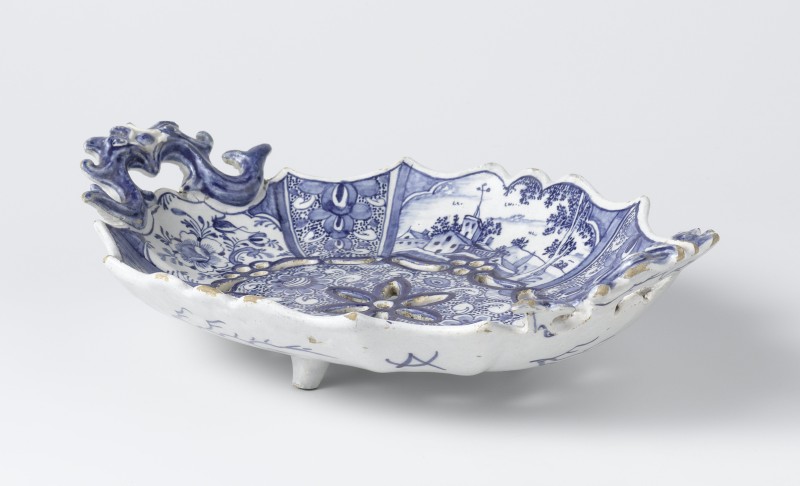 De Witte Ster pottery, also known as De Star or Starre, was founded in 1660 on the west side of Oude Delft canal in part of the De Witte Ster brewery. A fire inspection conducted in 1668 found that the pottery had two kilns.

In 1691 ownership of the company passed to a married couple and two partners, including one Dirck Witsenburgh. It is not known how many kilns the pottery had at that point.

The factory mark, a star, which was registered on the orders of Delft municipal authorities in 1764 or later, had been used since at least 1700. It was a figurative symbol which for over a century, used either independently or in combination with the owner’s initials, left no doubt as to the origin of the product.

Dirck Witsenburgh was co-owner of De Witte Ster from 1691 to 1705. It was written into a contract that he had the authority to act on behalf of others. It is therefore possible that, despite the fact that he was co-proprietor, he used the WB mark based on his own surname.