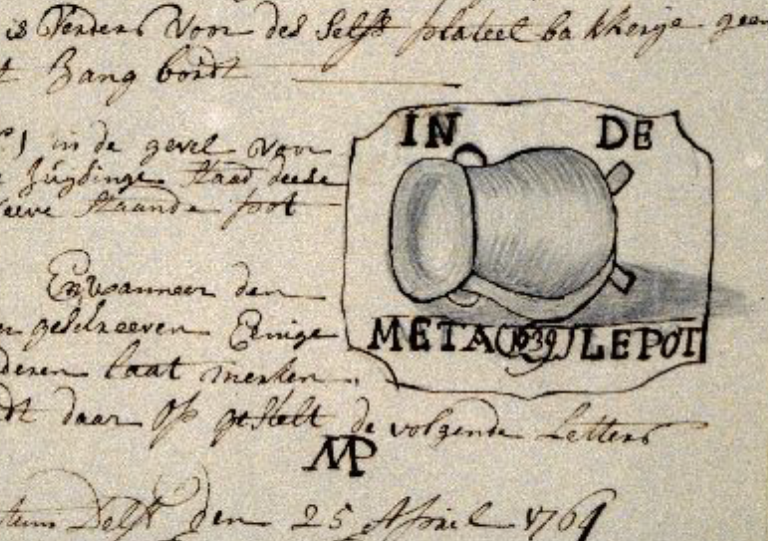 The first proprietor of De Metaale Pot pottery was 'porcelain maker' Willem Cleffius or Kleffius, who ran the company from 1670 to his death in 1679. It was housed in a building called 'de metalen Poth' on Lange Geer.

The pottery was the last of four to open along this canal. Next to De Metaale Pot to the south was 't Fortuyn and to the north were de Drie Posteleyne Astonne and De Grieksche A.

From its very establishment – according to a book written in 1742, Hedendaagsche Historie – it was ‘one of the most renowned potteries’ in Delft. The factory’s history spanned over 100 years, and comprised five periods of production.